For such a small railway I seem to have a lot of engines - the problem is I've been gathering them gradually for over 30 years and I'm too sentimental to get rid of any of them, even those no longer suited to the (imaginary) history or  (real) geography of my line...  Although the focus is the Welsh Highland these days, the more powerful of the old West Kent Light Railway engines are still among the regular performers, which are listed below. 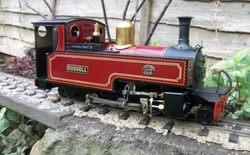 "Russell" was built in 1906 by Hunslet of Leeds and ran on the North Wales Narrow Gauge Railways, becoming Welsh Highland property in 1922. In 1924 it was cut down in height in a failed attempt to enable its use on the Ffestiniog line. The real thing has recently reached the end of a lengthy restoration at the Welsh Highland Heritage Railway.

The (WH) WHR's Russell is a standard Roundhouse model with some additional detailing to represent its 1923 condition - after being fitted with vacuum braking but before being cut down. Russell sports a home-grown lining job carried out with a Peter Spoerer lining pen  - not perfect, but significantly cheaper than a professional lining job. 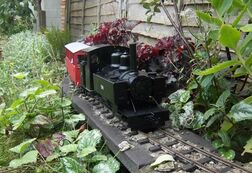 590 was constructed by the Baldwin Locomotive Works in the USA for service on the Western Front during World War One and later purchased by Colonel Stephens for use on the Welsh Highland. An unpopular and unreliable machine, it was scrapped, along with the Welsh Highland's rails, in 1942.

My model is one of Accucraft's version of the class  - mine is fitted with radio control on the regulator, and I've begun the task of modifying it to represent the WHR's 590. 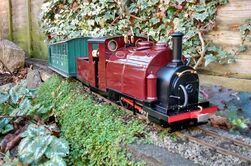 Palmerston is the railway's latest addition, a Roundhouse model, and the first new steam loco for around 15 years. Eventually it will receive lining, but for now I just plan to enjoy running it. 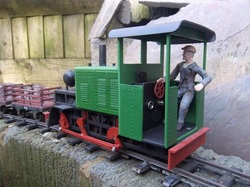 The real "Moelwyn" is also a Baldwin locomotive built for service in WW1 and was jointly purchased by the Welsh Highland and Ffestiniog Railways in 1928 - it still survives, the name being a post-preservation addition. The real thing was fitted with vacuum brakes to enable it operate winter services on the Welsh Highland, although there are apparently no records indicating that it ever did.

This model is the Andel Models version of the original and features full radio control. It's in need of a new battery pack before it can run  again, which I'll get round to at some point.  Apart from the driver figure it's as purchased, but in time I'll add brake pipes, a coat of paint and some weathering. 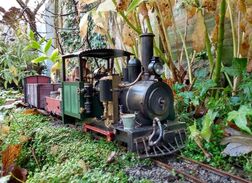 Whilst Daisy, a Regner "Konrad", may be somewhat quirky looking, it's also powerful, slow-running and reliable and so still sees plenty of use. The loco has received a cow catcher, headlamp, brake pipes and other detailing, and I might finish the job with a tender and a new paint job at some point. 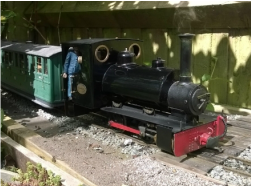 A Roundhouse "Bertie", detailed with various additional bits and bobs (most notably smokebox door hinges from Locoworks) and a little re-painting. The loco also features radio control on the regulator. 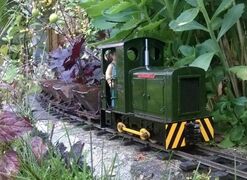 This Roundhouse "Little John" has proven to be an excellent addition to the fleet. It's named after my late mother-in-law (St Margaret, the patron saint of unexpectedly spotted trains) and although it was purchased primarily for use by her grandchildren, they've now grown out of playing trains, leaving the loco for me to enjoy. 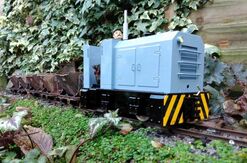 Another Roundhouse loco, a "Hercules" this time, which has joined the WKLR roster for the time being but which will eventually give up its bodywork to be replaced by that of a Kerr Stuart diesel, along the lines of No 4415, which was trialled on the WHR. 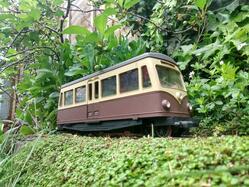 This little railcar, a repainted Faller toy, is rather basic but very appealling - with its auto-reverse function it's also just the thing for when I just want to sit back and watch the trains trundle past.
Powered by